David Josué Jiménez Silva ( born 8 January 1986) is a Spanish professional footballer who plays for English club Manchester City. Silva plays mainly as a central or an attacking midfielder but can also play as a winger or second striker. He is predominantly a left-footed player and his passing ability and possession-retaining qualities have earned him the nicknames “Merlin” and “El Mago” from his teammates and fans, and he is considered by many to be one of the best midfielders in Europe.

Silva spent six years of his professional career with Valencia CF, appearing in more than 150 games and winning one Copa del Rey in 2008, before moving in the summer of 2010 to Manchester City. Since joining City, Silva has appeared in over 300 matches and is in his eighth season at the club. He has won the FA Cup, three League Cups and three Premier League titles. He is regarded as one of Manchester City’s greatest ever players alongside Billy Meredith, Bert Trautmann and Colin Bell.

Silva also represented Spain, from his debut for the senior team in 2006 until 2018. He started his international career at the age of 20. He is one of eleven Spanish players to have amassed 100 caps and has scored 35 goals, making him the fourth highest goalscorer in Spain’s history. He was an integral member of the squads that won three consecutive international tournaments – UEFA Euro 2008, the 2010 FIFA World Cup, and UEFA Euro 2012.

Silva was born in Arguineguín, Gran Canaria, Canary Islands, to Fernando Jiménez, a former municipal police officer who eventually was responsible for the safety of the Valencia CF stadium and Eva Silva. His father, Fernando, is Spanish (Canarian) while his mother, Eva, is of Japanese descent, claimed by the Canarian media.

Silva began playing football in the youth team of UD San Fernando, near Maspalomas. Originally, he played as a goalkeeper, before becoming a winger and mirrored his game around his footballing idol as a youth, Michael Laudrup.When he was 14, he received an offer to become a youth player at Valencia CF, which he accepted. He stayed in Valencia’s youth set-up until he was 17.

Silva first represented Spain in the 2003 FIFA U-17 World Championship in Finland, scoring three goals. In 2006, he became an under-21 international and scored four goals during the 2005 FIFA World Youth Championship; this was enough to earn him joint-fourth place in the goal ranking, alongside Italian striker Graziano Pellè.

Silva made his senior international debut in the 1–0 friendly home defeat to Romania on 15 November 2006, and continued to receive call-ups to the side after good contributions in his first games. On 22 August 2007, he scored his first two goals for Spain, netting twice in a 3–2 friendly win versus Greece, and was then called up to the squad of 23 for UEFA Euro 2008.

In the semi-finals game versus Russia, Silva scored the third goal for Spain after a quick counter-attack in which Cesc Fàbregas delivered a low cross, and he sent the ball into Igor Akinfeev’s goal with his left foot.In the final, he was involved in an incident with Germany’s Lukas Podolski. After he pulled Podolski to the ground, the German approached Silva, which resulted in an angry exchange of words and a coming together of heads that the referee decided not to punish. Shortly afterward, Spanish coach Luis Aragonés substituted Silva for Santi Cazorla in an attempt to calm the tensions.

After appearing regularly during 2010 FIFA World Cup qualification – Spain won all ten fixtures – Silva was also picked for the squad for the finals in South Africa. His participation was, however, a small one, as the national team won the tournament: he started in the first match, a 0–1 group stage defeat against Switzerland, then played the last four minutes of the 1–0 win against Germany in the semi-finals.

On 11 August 2010, during an international friendly with Mexico, Silva scored two minutes into second-half injury time, ending the game with a 1–1 draw. In a Euro 2012 qualifier against Liechtenstein on 3 September 2010, Silva scored after 62 minutes, in a 4–0 away win. The following month, in the same competition, he scored through a rare header, as the national team downed Lithuania in Salamanca (3–1).

In a friendly against Colombia on 9 February 2011, he came off the bench to score the game’s only goal with just four minutes remaining, helping Spain to a hard-fought 1–0 win.He scored twice and provided one assist in Spain’s 3–1 victory against Scotland in their final match of the Euro 2012 qualifiers. The win saw the Spaniards enter the tournament with a perfect qualifying record by winning all their group games. He scored the first goal in Spain’s 2–2 comeback against Costa Rica, a friendly match where he came on as a substitute in the second half with Spain trailing 2–0. He once again scored in a friendly against Venezuela to make the score 2–0 in a match that ended in a 5–0 win. Heading into Euro 2012, he scored in their pre-tournament friendly against China by finishing off a short give and go from Andrés Iniesta in the 84th minute.

Silva was a starter in all six matches of Spain’s Euro 2012 campaign. In the 14th minute of the Euro 2012 Final, he headed home a Cesc Fàbregas cross, giving Spain a 1–0 lead. The match ended 4–0 and concluded the tournament in which Silva scored two goals and made three assists, the best efficiency (goals and assists) of any player at the Euros. He was subsequently named in UEFA’s Euro 2012 Team of the Tournament for his performances.

Silva was named in Vicente del Bosque’s 23-man squad list for Spain’s contestation of the 2013 FIFA Confederations Cup, held in Brazil. On 20 June 2013, he scored two goals in Spain’s 10–0 group stage demolition of Tahiti at the Maracanã.[106]

After being part of Spain’s consecutive unsuccessful campaigns at 2014 FIFA World Cup and UEFA Euro 2016, Silva continued his goal scoring record under new boss Julen Lopetegui, scoring 9 times in 12 matches.In May 2018 Silva was named to Spain’s squad for the 2018 FIFA World Cup in Russia.

On 13 August 2018, Silva announced his retirement from international football.

A talented and agile left-footed player,Silva is known for having an excellent first touch, good dribbling skills, and outstanding technical ability, which, along with his intelligent attacking movements, allow him to retain possession in tight spaces, and to create space for himself and teammates to open up a defence.Essentially a traditional number 10, his composure on the ball, as well as his vision, passing accuracy, ability to read the game, pick a pass, and control the tempo of his team’s play have seen him become one of the best players in the world in his position, and earned him the nickname Merlin.Although he primarily serves as a playmaker for his team, he is capable of scoring goals himself as well as creating them, which enables him to be deployed in several offensive roles:he is usually fielded in a free role as an attacking midfielder, where he is given space to roam the pitch,but has also been used as a winger,s a false 9,as a second striker or as a deeper lying central midfielder.

During December 2017, Silva had been missing games to return to Spain for personal reasons. On 3 January 2018, he revealed that his new son, Mateo, had been born extremely prematurely and was fighting to stay alive. On 11 May 2018, Mateo was revealed healthy and was allowed to come home. 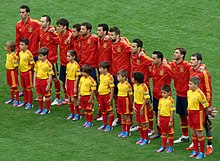 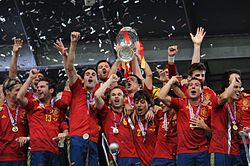